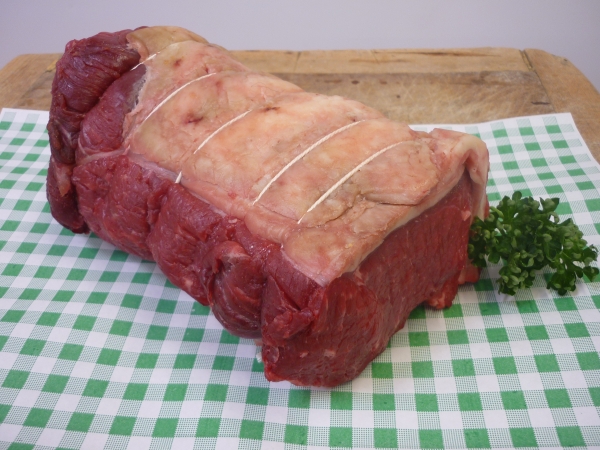 Cut from the shoulder blade, and also known as feather steak, this cut can be used as a stewing cut, but is equally at home cooked fast and rare, then thinly sliced. Also known as Flat Iron which is actually an American name and now increasingly popular. It's cut with the grain, and is full of flavour. As it is taken from the shoulder it is less tender than other steaks. But it is much cheaper and delivers outstanding taste. A real value steak!